In 2016 over 60% of publishers ran sponsored webinars.

In this blog post, we explore some of the reasons why sponsored webinars offer publishers some of the best opportunities to generate revenue and maintain an engaged database of subscribers.

The Game Has Changed

The amount of money that publishers can generate through traditional methods is waning.

As audiences continue to migrate online, where free content has become standard, it is becoming increasingly hard for publishers to charge for access to their content.

In fact, according to a report conducted by HubSpot, up to 80% of publishers now offer some form of free content. Coupled with the fact that subscriptions now account for just 13% of revenue, and it becomes clear that there has been a major shift in the way the publishing industry makes its money.

"Content is king, but marketing is queen and runs the household"

At WorkCast we have seen a growing trend of publishers who have begun to look outside of the traditional subscription based business model for more reliable methods to generate revenue.

While this may, at first, seem an alarming turn of events for the industry, in reality it offers publishers the chance to experiment with, and thoroughly modernize, the way they operate. Embracing the digital movement need not be approached with caution as it can bring huge benefits to publishers who are able to play to their strengths, great content and an engaged audience. 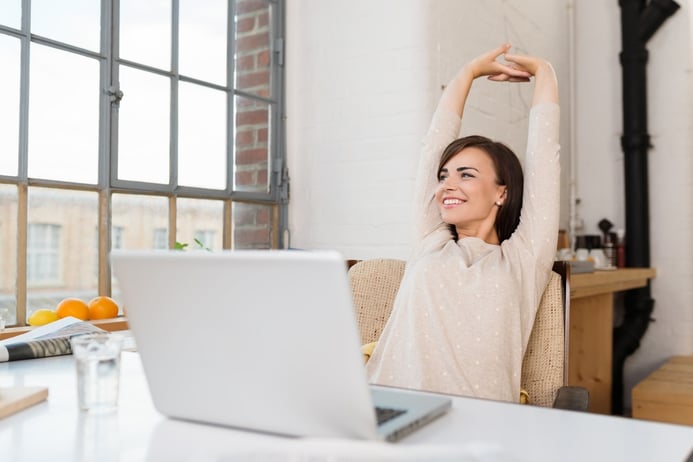 The Power of the Database

Although monetizing subscriptions is becoming less viable for publishers, this does not mean the subscribers themselves have become worthless. Far from it.

While it’s true that publishers can no longer rely on making money directly from subscriptions, they are increasingly finding that it pays to maintain a healthy, happy and growing list of names and email addresses.

Generating good online content is the best way for publishers to maintain a healthy database. An excellent standard of content is, quite simply, why readers become subscribers and it is the core of any publishing organisation.

That’s why sponsored content offers such a unique opportunity for publishers to generate revenue. Not only does it pay, it offers sponsors the chance to engage with subscribers and allows them unparalleled insight into what their core demographic is interested in and cares about.

It also allows publishers to continue to generate the free, interesting and thought-leadership based content that their readers expect.

As we explored in a previous blog, Why Sponsored Webinars Are Still the Best webinars sponsorship is the most effective way to cater for sponsored content.

Staying ahead in the competitive online landscape means adopting new and better ways to entice your audience, which is why 54% of B2B publisher have taken sponsored content to the next level and begun running sponsored webinars.

In fact, they have become so successful that many larger B2B publishers are selling hundreds of sponsorship packages, with an average charge anywhere from $15,000 to more than $30,000 for webinar sponsorship, as well as expecting 20%-30% year-over-year growth.

Our portfolio of publishers using sponsored webinars continues to grow.

Many publishers have achieved success with sponsored webinar programmes and at WorkCast we have a growing portfolio of publishers who look to our platform to deliver dynamic, engaging and rich media based webinars.

One such use case is Packaging News, part of the Metropolis family, a publisher who has felt the benefits of sponsored webinars powered by the WorkCast platform.

You can read more about their success, in this webinar case study.

Keen to translate the success of their physical events into the sponsored online content, the Packaging News team soon realized the potential of sponsored webinars. They had a well-used website which delivered daily updates and communications but they wanted to develop a means of converting the immediacy and connection afforded to them through their physical events.

They also wanted to provide sponsors with an unparalleled opportunity to reach, benefit from, and engage with, their subscribers. As a publication dedicated to providing thought leadership they are always looking for ways to advocate thought leadership as a means of communication for their sponsors. Webinars were suggested as the best way to achieve this goal.

For their first event, Packaging News was able to repurpose some of the valuable content they had generated at a round table event. The webinar was billed as a follow up to this live event, and Packaging News was able to use valuable talking head videos which were shot throughout the course of the event to sprinkle throughout the webinar, as well as focus on what had been discussed by people from different parts of a diverse industry who perhaps were not ordinarily able to gather together.

This extension of the live event proved popular, with a number of high calibre subscribers registering to attend, allowing both sponsor and publisher to extend the conversation further and begin to make real changes in the packaging and recycling industry.

The event was a success, with registrants watching 95% of the entire webinar, a staggering statistic considering the average drop off rate for blogs or written content is 25%.

“I had done webinars before but no other provider had the admin system that WorkCast has. That impressed me.”

These Stories on Engagement & Metrics

How to Make a Webinar Interactive